What type of Governance are we seeking? 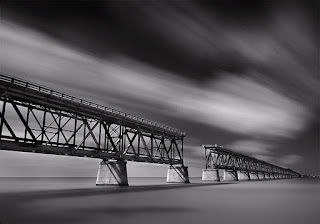 I voted remain. For two reasons. First and foremost as what any referendum does, it makes it personal. I based it on my identity. I am a European although half-British by birth where I was educated have lived and worked a third of my life. Secondly, it was for a wider reason. I believe we are better off in a United Europe by pooling our sovereignty to resolve the wider issues for the greater and common good as we live in a more connected world. Like many that night I struggled to sleep at night.  I was curious; I kept on looking at the mobile phone on all the developments. It was not until I had read about the dramatic fall in Sterling resulting from traders having speculated on remain, that this could be a Brexit. My goodness. I quickly came to terms with this eventuality and then comfortably fell asleep. I woke to find out, that it was indeed a Brexit. Although surprised, I am neither shocked, but certainly sad mainly for the difficulties and potential division that lie ahead for many people and their families.

Since the financial crisis, and our bail outs, this country, and not just this country has been suffering from very large financial cut backs as a result of the massive mistakes by the capitalist and financial system. The hubris and greed of some banks, many intermediaries and corporations all too often trapped within their game of reoccurring conflicts of interests, shortermism and the Machiavellian pursuit of profit often at the expense of not just themselves but others.  Many of us knew that the economic and financial system was making little sense even those working in it. Our culture and our society have suffered at a large scale with increasing social issues, unhappiness in the work place, vast inequality and housing too expensive for any young honest professional to even contemplate getting onto.

Other countries like Belgium suffered with their own problems incapable of making changes in their highly taxed and over bloated public sector. Holland has stagnated for a long time. France and Southern European countries have made many similar mistakes as a result of some of their politicians and leading businessmen and others. Many nations have been swimming in large pools of debt. As a result many Europeans were becoming weak in their soul and it became increasingly hard to find any meaning, loyalty and motivation in the workplace in this fast, nonsensical and impulsive world. Reputed economists, businessmen, politicians, and journalists have been scratching their heads for solutions without offering any answers whilst at the same time there have been these pockets for a more sustainable direction for a smoother ride ahead.

Some CEO’s from the baby boom generation were held accountable for their poor conduct in front of the commons select committee. Was this not shameful enough for them?  The CEO and Chairman of HSBC both turned up. A hedge fund manager.  Some said sorry.  Some said we will change. Some like Philip Green muttered ‘why are you staring at me?' How is it that these people in the end have walked off scot free?  Some brokers from a well-known Broker firm had bet on Brexit but voted for remain. Yes they made a fortune for their bank. They don't care. Nothing is done, nothing changes. We speak about it, we know and yet it all continues. ‘That’s business!’ would be the common justification that I was all too familiar with from these types.It is all too late.


Friday 24th June something happened. The people spoke. They had had enough. A type of countryside and the real economy vs Brussels. Those bright fun loving carefree civil servants and lawyers often bogged down in the paperwork in multi languages among st the fine words, fine wine and fine lunches. A type of country side and the North vs. London, our power house, the last remnants of our true Empire still dominating the world and where money, commerce, power and transactions are rapidly exchanged sometimes in the most shadowy, peculiar, non-transparent almost lawless way.

What does this all mean for our future?

I have great empathy for those honest and sincere people who have offered their entire careers and loyalty to their firms and may now have to seek new challenges, and yet beyond my sadness and initial surpriseI am not shocked. Apart from the fact that I have experienced, witnessed and believe me seen it, myself included, many dysfunctional and conflictual situations, some of which have been pretty evil. As one friend agreed with me, we were working at the tail end of the baby boom generation that had become reckless and left us one big upheaval. Since the financial crisis, and after my own personal transformation, I have stood for change. All over Europe the warnings shots and sentiment were rumbling under our feat of our inflated financial and economic system partly built on sand. Many powerful and yet weak politicians and corrupt businessmen building their lives with little foundation and wisdom resulting from our fast, and instantaneous world. Stress, burn out, aggression and loss of values in the work place had become a common theme with so many left out. Anybody with any common sense had known that something of the wider scale was going to have to give. If indeed Brexit will be the way for this wake up call, then let it be.

Questions are to be asked about our governing system and over the last decade.  How is it that we allow powerful businessmen to be able to get away free for their very own failures and mistakes? Why is it that not one financier has been jailed or held accountable for the financial crisis?  Why have we been printing money without any strategy or plan and even have the audacity to lend it back into the very same culture that initiated the financial crisis in the first place? Where did all that money go?  How come we are so in debt and we have no proper road map to deal with our debts? Could we make economics more human? Might it be possible we could re-build a  financial system with our intermediaries into making money not as a means to an end but into something more purposeful that carries a benefit into something more tangible, something greater even idealistic for a more stable long term future?

I was taught in politics A level, that it was the parliamentary governance, the rule of law, the church and the ‘fourth estate’ that were our authorities.  What’s happened? Instead we have been witnessing those with power and influence, albeit from a minority of businessmen, in commerce and the banks, politicians, people in the media weak in principles dictating to us, with endless compromise, manipulation and agendas often abusive like a stampede of bulls almost out of a chapter of Dante’s inferno into a mode of self-destruction. Qui bono in this impasse? Very few.

My goodness we need a deeper philosophical look at ourselves, perhaps questions such as how we make money and how we spend it?  How do we relay our news responsibly? Are our own values coherent to the values of our business? How can we see beyond the palm; of our hands?

We know we are imperfect and yet we know it is in our nature as humans beings that we seek justification in our acts. Surely on the outset this justification is always noble and the closer and more coherent it is to our hearts and minds, the nobler it is.  Are not those the ones we must admire and listen to?

In short I believe in change and these are undeniably dramatic times. The change I believe in is one that is inspirational in leadership, one that is genuine and coherent. A change that has a law and order, that holds those to account for their mistakes rich or poor so that we can learn from those mistakes and move on. A society that commands respect for our authority that has become all too self- serving rather than serving.  A change that plays to our strengths and not our weaknesses. A change that can provide a long term sustainable direction for all those in finance, manufacturing, commerce, agriculture, and education, that benefits our children, society, our environment and our world.

If our exit from the EU requires more localised governance then let this governance offer a vision that touches the entire nation with London at its capital and at its heart that serves its nations needs first and foremost and then elsewhere. It is these types of quality people that can rise to the top that our young can look up to whereupon we can attain a new hope. Then let this be our chance for the great and the good to be there, to re-instil that confidence, and much needed inner belief consistent to our values that this nation seeks. That way in our current British retreat we can solve our inner and outer challenges rather like washing a pair of trousers inside out before which we can start wearing them. I suspect many of us will materially become poorer for it across the entire spectrum which we will have to learn to accept. This part will be hard and yet we will come out stronger in the long run. This way we can show the rest of our European neighbours, even the world that we can be admired for in our resilience and pragmatism, our humour, our self-control, our inventiveness, our sense of adventure and our inspiration all the great attributes that we were once so proud of in our history. Do we not owe this to our children?


Real freedom always comes at a price
Posted by George Sanne at 19:38