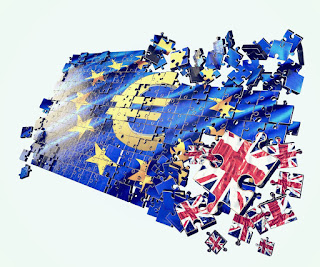 Admittedly as an Anglo-Norwegian now living in London, I have enjoyed the opportunity living and working in different parts of Europe. Consequently I always take a certain pride in how we can bridge with our fellow Europeans. I feel it might be worthwhile making a few explanatory points on our current debate over the European Union. This year Britain is bringing forward a referendum on a mammoth decision whether to leave the European Union commonly known as Brexit.

This is a tough one and I can sympathise with those who might be sitting on a fence. Those that might lack the knowledge or who do not simply understand a system that we are, in part, responsible for having created over the last forty odd years.  As we are confronted with today’s challenges, not just at geopolitical level in how Britain and France as nuclear powers can at least pretend to counter the weight of an increasingly unpredictable let alone erratic Russian President still espousing its military prowess playing chess on the world stage but also in solving the issues closer to home of our ever increasing difficulties of our migration and economic crisis.

Let me draw onto those with some arguments that may help us to reach our own conclusions. For the sake of clarity and for the sole purposes of this article I shall refer to myself as ‘we’ when referring to the British rather than Northern European.

Historically, in military terms Europe has always been a hotbed of competition and conflict. Often Britain has been on the side lines but on the larger and more defining conflicts we were involved. Britons died and laid down their lives on continental soils. I am sorely reminded by my Dutch friends over the battle of the Medway where Admiral de Ruiter had beaten the British navy along our very own River Thames in 1667. Or when my Norwegian family candidly talk about their Viking ancestry in Scotland or as a German friend visiting Amsterdam pointed out that the last time a family member of his visited this town, it was in a tank!

Nowadays these relaxed albeit friendly conversations of our momentous often horrific competitive past might occur within the confides of a cosy cafe whilst eating a toasted cheese sandwich, awash with a Belgian beer on a rustic cobbled street corner overlooking perhaps a peaceful sunset, a cathedral or a picturesque canal.
In contrast today unlike our Russian counterparts to the East we no longer measure up so much in military prowess as to who has the greatest army, largest naval force and so forth largely because we have been at ‘peace’ for more than 70 years with less if not little understanding today of whom our enemy really is.

Instead for better or for worse we measure ourselves in economic terms. Some might argue that finance is a separate issue and requires a separate debate not least because Finance is in a world of its own, has become a noun rather than a verb, defining its own set of rules and where I believe the brunt of our current malaise and problems lie. It will need to come on board and play cricket if it wants to find its feet again.

Nevertheless the tangible economic argument carries a certain weight as a good part of our exports are within the Union. In 2014 Britain exported GBP 230 billion of goods and services which amounts to 44.8% of our total export market and we import slightly more. We export to Europe perhaps due to proximity but largely due to what is now called the European Union. This is an internal single market where we trade goods and services without barriers and tariffs. Those outside the Union might refer to this as some sort of cartel or monopoly that they too would like to be part of. In essence this is what our union is about; a pooling together of our natural resources to neutralise competition. In other words let’s produce coal and steel, trade it, and enrich ourselves for the purposes of peace and harmony. Yes by and large the EU has increased our standard of living and we have all benefited except we have all since moved on from coal and steel.

Today Europe has now developed and connected itself with a fantastic array of motorways, railways, bridges and, tunnels, supported by some of the best automobiles, locomotives, haulage and ships. Its engineering and technology is often cutting edge. Airbus employ 15.000 UK workers! Its retail and food outlets, we are spoilt for choice. It has now developed into the largest trading block in the world. Quite rightly there needs to be a type of governance and this is when it becomes political as governance is always political unless there is cohesion. Cohesion can only come about on the rarest occasions by strong leadership and grounded principles and steering us toward a common objective. It is those that govern often set the rules, put structures in place and makes the decisions. Luckily if things start to go wrong we developed a system initiated by the ancient Greeks better known as democracy where if we don’t like these rules imposed on us, well let’s then vote these rule makers out!  This might work at national level. At European level, it appears we may have a long way to go….

Like any corporation has corporate governance, a single market requires governance. This is so we can all produce and trade fairly on more or less equal terms and so on, by maintaining good neighbourly relations whilst not getting ahead of ourselves. It is that governance linked to our trade that requires a common interest therefore requires a supranational interest resulting into what is commonly known as a loss of sovereignty. Herewith lays the conflict?

Not least because Britain prides itself as a sovereign state, a parliamentary government supported by the rule of law and headed by a Constitutional Monarch, our Supreme Governor. Even our legal system is different to our European counterparts. As a nation it has always strived in competition and entrepreneurship which our European counterparts remain somewhat adverse to. This therefore poses a direct challenge in that if we want to produce, trade, and have the free movement of goods, service and now people, common sense dictates that we would need supranational governance.

The Commission, the European Parliament and the Council of Ministers exists on this basis. If for example the Commission identifies a barrier within its own common market and borders resulting to unfair competition or poor practice, it readily acts, it steers and it legislates. A useful example is the elimination of EU mobile roaming charges that is directly beneficial to the consumer. Another example is the EU 2020 climate initiative in order for the EU to reach a reduction in CO2 emissions. When it becomes law, it is either called a Regulation or a Directive. Regulation is a binding regulatory act and is directly applicable in the entire EU and a Directive is an objective directly implemented into the National Parliaments.

It might worth pointing out that The Commission mostly prepares proposals for legislation based on identified needs. Needs are assessed from what’s called an 'impact assessment'. The lobbyists from automotive, agriculture, pharma, and  NGO’s for example are known as so called stakeholders or special interests.  They are either just being heard or protecting their interests. As per when a proposal comes about, they are passed onto two equal chambers; the Council of Ministers and the European Parliament. They in turn debate, change, modify or scrap as they are not obliged to approve it. Note before proposal is shown to the two chamber system it is automatically shown to National Parliaments where it can already be vetoed.

In short as a fervent European at heart I am somewhat disillusioned with Europe. Many of my French, Dutch and German friends too and economically we have run out of ideas. Has it become overly bureaucratic with many careerists that negate rather than create. Has it lost its founding principles, its cohesiveness, its motive therefore its purpose resulting into a potential crisis of confidence whilst becoming a 'soft' touch? Has it reached a type of plateau, caught in a rut between its own comfort zone and its need to streamline and reform. How can it become stronger, more accountable and in which direction?

Somehow we need to find a new way to bridge with each other in our advance forward and for the private sector to kick off?  If it is no longer coal and steel what other natural resources do we have? What other areas of expertise and sectors can we pool together, produce and then trade? Great strides are being made in areas such as renewable energy, infrastructure, biotechnology and utilities. Can 'Finance' play a pivotal role in this type of bridge building by becoming a verb? Could we ever build the world’s longest suspension bridge over the channel with an electric motorway with the help of some of our migrants? We have the ingenuity, the expertise, the resources and even the money. After all the ECB and BoE print money do they not?

Before I digress, a sensible approach might be that Britain needs to be involved in order to help steer it into a new direction and influence this reform as that is where our main interests lie despite the EU's shortcomings. Better the devil you know. Others might say that Europe is failing anyway and with Britain leaving, this will provide a shock and the EU will be forced to change. We may learn to regret this not least if Scotland decides to rejoin. If we leave we will survive and at least we can take some comfort in having left behind for the benefit of our European counterparts the use of the English language commonly spoken within the wider corridors of the EU.

Interestingly in the past whilst attending our global partnership meetings I had quietly observed my global colleagues. The Brits were jokingly hanging out with the more boorish Americans and Australians. The Dutch tagged along with the Brits. The French stood politely amongst each other. The Scandinavians were understated, and reserved.  The Italians and Spanish were happy go lucky. The Russians were always helpful. And everyone appeared to like the Germans.  In terms of our bridging are we really any more detached than others?

Be strong, be connected, be British, be European !
Posted by George Sanne at 13:46