How can we deal with inequality? 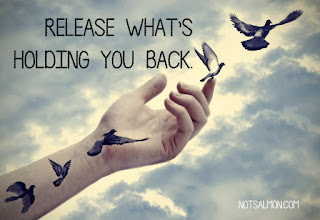 A personal friend of mine recounted a small story written in his grandfathers diary that rings in my mind to this very day. It was back in 1923, his grandfather was staying in a small town in Germany with his young son and eating a small meal in a restaurant. In a largely empty room, the other persons present were a very wealthy Jewish family having a lavish party with champagne and lobster. Meanwhile he witnessed a wide gathering of adults and children peering through the windows with a mixture of hunger, awe and envy. Somehow he understood and with a tinge of embarrassment by his own presence, he said to his son ‘Trust me this is all going to end and fall apart.’

Unfortunately, history at times can have an uncanny resemblance in repeating itself. Today it might be a mix of different races or different ethnic groups, and through the internet, who knows? What we do know is resentment or envy can be a brutally negative emotive state and comes part and parcel to our human nature. There are many today including those that are university educated, who struggle in life and who cannot get the job they wish or seek, struggle to feed their families and pay the bills. At the same time so called ‘billionaires’ or the ultra-wealthy might appear so content and happy enjoying every material thing that is given to them and might go as far as living their own laws within their own bubble. This can easily resort to an anger, or an unhappiness, a sense of hopelessness and insecurity in our society where the danger is we may say or do something stupid.

There are things that we must bear in mind in our lives, whilst we can all hold prejudices in our sub-conscience to another person regarding his or her so called ‘superior status' in looks, money or possessions; we do not know what cross the other may be carrying. We do know that we can try to worry less with these issues and there are sensible ways in dealing with it as they over time have a way in resolving itself.

There is no doubt, that if a billionaire or super rich (or any other person for that matter) does not seem to care, remains indifferent and only concerned on how to make more, this can come across as pretty unattractive. It may turn out that the particular individual operates with no integrity away from his or her heart driven by greed, status or power and has only got there through exploitative or aggressive means. A type of Darwinian delusional 'survival of the fittest'. Imagine that on top of this, the individual might have a stark win lose mentality or ends up walking over people with little respect for self or others, our environment or our planet!

How do you deal with these types? I suspect that often these people very likely get caught out or fall off a cliff in the long run. Others, who are privy, might stand up or encourage them to behave differently. If you notice these days it is all security cameras, gates and walls that are used to protect them, unlike in the old days it was a small army of sorts. They too can clearly feel insecure, or vulnerable implying that they are not Gods and just human.

Nevertheless one element about the tabloids and the internet and their grasp on mainstream, despite all their misgivings or voyeurism, their brutal emotive nature can quickly change overnight and rather than calling these types successful; here they might just name and shame them.

Suffice to say we can also understand that people can endure great human difficulties. It has been reported in the media that John Caudwell a self made billionaire, is suffering from unhappiness, deep family problems and is intent on giving half his wealth away to charity.  We must also bear in mind that many have worked hard by building a successful corporation or companies responsible for a lot of employment and livelihoods. Many great philanthropists give away a lot for other causes that carry meaning. There are also ways to approach them, their foundations, in order to support particular causes or raising capital for a new enterprise that can captivate even their own imagination and which can permit for example to leave them a quiet legacy. On its own the charity and generosity of this couple stands out as particularly impressive.

My impression that the way our societies are being led right now more so in the UK, the future looks pretty grim toward an increasingly polarised society. A debt for example, might mean a trade product to one person but a real loan for real needs to the other? It is well known that one man’s food is another man’s poison. This attitude has the danger of bringing resentment, bitterness, envy, anger or whatever negative emotive state, that can sadly result to a type of vulnerability or self-destruction that history has proved to us on many occasions. We may resort to blaming a religion, or non-religion, a race or a particular group or individual.

Unless we of course and this is where I remain hopeful, as human beings, raise ourselves, take destiny in our own hands, become more resourceful, believe more in ourselves and release our insecurities. Courage, passion or boldness do not come from the mind, they come from the heart. Reason and vision come from the mind and our conscience is formed from our spirit.

With this in balance and in check which is tough stuff, we can try not to worry about others in this way. We can stand up to those who might bully you, rich or poor and at all levels. We can find that job or our vocation. We can work toward better social cohesion and a higher conscience; possess more charity to those in real need. We can combine this, by taking positive risks, with a more long term inspirational approach with our businesses, enterprises and aspirations large or small and still make a living. This will lead us toward a better and more sustainable future.

The questions will always remain how do we get there and what type of world do you want to leave behind for our children? We want them to look up to us with pride and not at us in the way that I have described. In the long run I am certain, if we get this right we will all be winners.