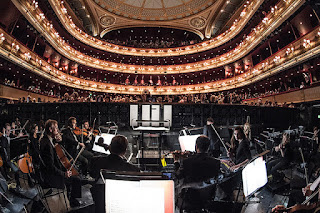 I often meet with senior people in Finance on career issues. I might ask them questions about why we are confronted by so many problems and what sort of solutions they envisage. Some might respond by saying. ‘I love finance and worked all my life in it.’ Others have said, ‘Finance is corrupt’ or ‘we are paid too much.’ Then how can Finance be incentivised to help the real economy particularly here in Europe and not amongst each other or in far reaching places which most of us have no affinity with?  One overworked jaded and tired looking head of a private equity gave an air of dejection. ‘There is no vision, no leadership.'

In a world where democracy appears to have gone wild, where capitalism could fast be losing its sense of purpose and in a world where we might often seek something new or something majestic; the issue of leadership is often talked or written about and yet to put yourself into a position under such circumstances and to fill in the gap for the few must be daunting at best for fear of either sending us into the wrong direction or possibly bringing out the worst in us.

Once upon a time I played the violin in an orchestra. An orchestra was structured into four groups with sub groups. We had the strings that included the 1st and 2 violins, violas and the cellos. They were in the front. Further back we had the wind instruments that included clarinets, bassoons, flutes and oboes. We had the brass including trumpets and trombones. The nosier instruments such as percussion were put at the back. In front of us was the audience; a general public that might listen then applaud and ‘if ever’ give a standing ovation.

The person I admired the most was the conductor. He was in the middle and on an elevated platform so we could all see him. I almost envied him.  How was he able to read let alone understand that score sheet with so many different notes and sections? How was he able to see ahead and turn the pages before we had even finished the previous movement? How was he able to have everyone from different sections, playing different instruments in tune from the same song sheet at different times? How was he able to bring such entertainment and pleasure to the audience?  I just thought this guy must be so gifted and so talented whilst all I was doing was making my simple contribution by playing what was set in front of me.

And yet all he was doing was leading and he understood what and who he was leading and for what purpose. He had the gift, experience or training of course in how to read a score sheet by connecting the dots with the eyes. During rehearsal he knew who was not pulling his or her weight. If he heard those that were out of sinc or out of tune, he might single them out, embarrass or shame them with a slight twinkle in the eye. He would tell them what they were doing wrong and how to improve. He may change their positions if they were not partnering well or demote or even remove them if things got grave. We were given credit where it was due and promoted up the ranks according to merit, talent and hard work and sometimes upon the recommendation of group leaders. Once we were all on the same song sheet, we were playing and by god did we play.  More than we could ever imagine from a script that was already discovered by others. And the audience loved it! We were proud!

Today and after many years it seems the type of music that is coming out of some of our powerful segments in finance, business and or politics is dying whereby affecting the wider economy and peoples careers and honest aspirations. The script that is being played has either become twisted, sad, non-inspirational and depressing, full of holes and no one is playing from the same song sheet. The write ups from certain sections of our media are condemning, manipulative often abusive to whomever they chose. The audience are walking out. They are no longer interested nor willing to pay the price. Many are left out or in debt and can not afford to even pay. Some are even prepared to throw rotten apples and tomatoes or resort to discriminatory issues. Meanwhile the conductor is exasperated.  He no longer knows his score sheet. He has run out of ideas as he remains in denial or walks out in shame, and misery. There is nothing to play for except to each other. No light, no confidence. Only darkness as the curtains are drawn. It’s all over…..

Whose fault is this? Is it the conductors, the players or the music score? Or is it what the man said, there is no leadership or no vision.

However you may look at this, as a head of a government, a bank, an industry or an SME, a leader will realise that having this awareness I suspect must be paramount. That someone, however small or large the organisation is leading, is able to connect the dots with the eyes and see ahead. It is that personable approach whilst having a grasp of the big picture. We can only imagine that the script, the project or the product is already written or invented often by those or others who had the remarkable foresight or vision and is right there ready to be grasped or tapped into! The talent is right in front of you willing and waiting. Our audience, the general public or our paying customers are eagerly expecting. Yes some of them have the better seats and pay higher fees and whilst most have seats for the less well off. This is the way the cookie crumbles as we all, in time, get a taste of it.

Yes, with our differing talents, respected professions and career choices we want the freedom to play from the same song sheet and as our productivity grows so does our economy. The audience are captivated and want more. We could be playing or working in the grandest of operas houses or companies exemplifying our work that could roar on softly, or touching those by peacefully captivating their imagination. In all its rhythm and glory, we can all each fall into place thus raising our confidence and making the greatest positive impact on the other, our society, our environment and on our world.....