How can we manage stress?

I fear is a topic that is fast becoming a real challenge in our modern day lives. It is just as much linked to our fears as it is to our health and well being. Yet it is a complex topic as it differs to each person and interpreted differently according to the human time cycle. It can just as much affect our private lives as to our career. Stress cannot really be dealt with in a written page and I would prefer to examine it through examples. The worst forms are the ones which can lead to burn out and are commonly prescribed in a general level as to one’s aspirations that have quickly collapsed resulting into a lack of interest or indifference into our work. The danger is that our defence mechanism weakens and it can turn into a depression and deep unhappiness  resulting to more harm onto yourself and perhaps even to others around you.

In reality it can also be associated with a cross range of topics such as work overload, or inefficiencies, deadlines, lack of recognition in our work, work/life balance, poor sleep and diet, rushing about not allowing time to think nor to reflect, noise, driving, debts, high risk taking, grievances and so on. Deeper issues such as lack of meaning in our careers and lives, resulting to general demotivation in which in more severe cases issues of identity, beliefs and conflicting values in you, would require redressing.

One time quite recently I had met a group of civil servants from the European Commission. I asked them the most common difficulty in their work place. Their response was that in general many employees felt unrewarded in what they did. Most bright new people that entered into this organisation came in with dreams and aspirations of perhaps the European ideal. Nowadays this is quickly vanquished. It becomes a job for a salary. An example they gave was some civil servants get asked by their bosses to do wonderful projects that carry meaning for a common good or greater purpose. After many months or longer of hard work and once the project almost comes to an end, there’s been a change and it is all of a sudden binned before any positive impact might come about. They say this is common practice. Not surprisingly we can feel unrewarded. We can quickly not care and or become indifferent. For those who try harder, this can turn to stress, unhappiness and even burnout. How would you address this? We can address this at individual level, yet if it is a wider problem, then issues of leadership and political governance might have to be addressed.

Another example could be when another person is mistreating you in business and we could look at management ruled by fear. It could be that your manager knows that he or she pays your salary and may feel authorised to order you around, exploit you to his or her convenience where you could quickly fall victim. The bigger the status this person carries, the more fearful he or she could be. These situations can quickly turn a culture, toxic and highly stressful. Someone who rules by fear is a reflection of weakness and cowardice from that person therefore the problem is with him/her, not in you. Don’t allow yourself to be bullied nor intimidated and don’t allow the problem to turn onto you. Self-confidence, self-control and courage are much needed attributes here to defend your own territory and integrity.

The fundamental real dangers of stress, if not managed well, are that the mind and the body need that release mechanism which quickly becomes empty and somehow it needs to be fulfilled to replace this emptiness. We could lapse into some form of pleasure seeking such as exaggerated urges of drink, sex, or online porn gambling amongst others in some deceptive manner or denial that somehow we feel cured whilst really we remain undervalued, each time lessening our hope for a brighter future and a worsening of our own self-esteem. Some might become intolerable whilst in a social environment; others might be so embarrassed in how intolerable they are and simply close themselves up. If we were to hear something nasty or idiotic, a common response is ‘this person has issues’ or ‘it’s his midlife.’ In many ways you could be right but we don’t know anything or what happened to this person. 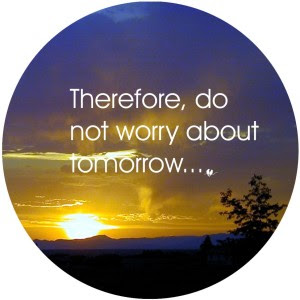 For those who feel this could be happening to you, try never to despair. There will always be some small flame however small it may be that needs rekindling telling us to live and change. There are always others, friends and family there to help you to help yourself to redefine who and what you are. A good boss with foresight would detect issues arising with one of the co-workers and would instantly try to identify them and meet the needs through training or other help in order to bring this person back to his or her potential.

From a personal level I have understood many aspects of my own earlier life stresses. Having analysed back then the root causes I came to the conclusion that my main driver in business quickly became money and my aspirations were purely superficial. It made me acquire very little beliefs and conviction leading to a lack of fulfilment and confusion. Thankfully this had changed as something had to give and I began to understand that life had a greater meaning and of purpose which in turn had a positive impact in my behaviour and my actions.

How would I advise an unexpected stressful situation? I would advise the importance of creating an environment of calm, with emotional self-control, & patience, in so as to have time to think if need be before making a decision. Yet this is all easier said than done as humanity as I am all too aware remains vulnerable and imperfect.

Posted by George Sanne at 13:33 No comments:

Is it the little things that matter most? 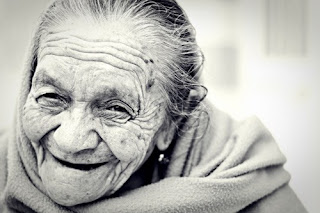 At times we may get distracted by shareholders, politics and our competitors or simply a case of being too self-absorbed and yet as so often the case it is the small things and in how we relate to others that matter in life and that can matter most. A simple smile can make the world of difference to your colleague. A compliment can really lift a person’s day. Rather than the superficial courtesies, it is the simple genuine thank you’s, pleases or or how is your day going when given consistently that can work wonders. All humans beings at all level deserve recognition and to be treated with kindness and respect. Sometimes it is these details we take for granted that we forget that can have very serious consequences.

Sir Alex Ferguson, one of football's greatest coaches and a great leader, shared some of his secrets in a short film. He took a personal approach to what mattered most in his organisation. The staff, the players and their families. He got this right and it would show on the pitch and then delight the fans. Not just all the players. he also knew everyone's first names in the entire organisation, the reception lady, cleaner or laundry woman. He knew their names because he took an interest in what they were all doing and how they were progressing. Something leaders often forget that it is just as much about the staff in the reception desk as it is the star biller in an office.

One time I wondered into a supermarket. I reached the counter and the lady at the cashier almost fell apart. Whilst I was paying and started thanking her, I asked if everything was alright. She responded that it was sometimes very tough to be in this chair and simply not to be recognised. She mentioned that typically most customers, who pay, are for example very busy on the mobile phone, impatient and pay no attention to her. She apologised in that it was sometimes very difficult. Then she shouted out at the top of her voice. ‘I exist!’

Another time a chap took the Eurostar to the continent and whilst he was passing through the security baggage check in. As you can imagine it was busy, yet all seemed to go well and it wasn’t until he reached the queues of the passport office he realised he did not have his on him. Frantically he looked all over and began to retrace his steps. Fortunately one of the security ladies ran over with a concerned and determined expression and asked. ‘Is it your passport that you left behind at the baggage security check in?’

‘Yes it must be.’ He replied with great relief.

He followed her back to retrieve it while she began to explain how she had searched everywhere for me. She then handed it over.

‘You are an angel’ were the only words that he could think of.

She thanked him with a huge smile, and said that that was the nicest thing anyone had said to her all day.

Posted by George Sanne at 18:03 No comments: