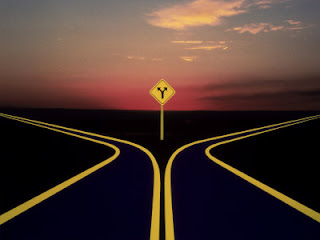 Four years ago, I was taken on as a lawyer in joining a prestigious firm focusing on corporate law. This crisis and the great recession we learnt at University. It was something to do with our wider business culture, not being fit for purpose and triggered by the financial sector. No big deal. I was a lawyer not a financier. Things were pretty hectic in this firm as cases were pouring in. I wanted the bigger ones. It was the cash cows that I was only concerned with. This way my fees could be guaranteed. Our fees were getting higher. In fact I was so good that I started charging 500 pounds an hour. Very soon I could get that latest Audi that I so wanted. Law was easy. My clients had their grievances and most of them were the same. Litigation, money lost here and there etc. I hardly listened to them, because our principle was the same furthermore I was familiar with case law. I would be ruthless in winning their cases as I had a knack. I knew how to win them and the adrenaline in the court room was what I loved. I had to work hard until late at night. It was the pressure from our bosses as they wanted more billing and more revenues as that was how we based our success. It did not matter as I charged by the hour and the more hours I charged the more money I made. That’s how it worked.  Alcohol and women were my release mechanism. In any case the women loved me, it gave me the confidence and in return I gave them what they wanted.  It was awesome!  A magazine had printed a review about my firm mentioning me as an example for others. I was the envy of my colleagues. God I was good. This would give me the catalyst that in case I would not get that partnership they promised, I was out of here and my clients would most likely follow me.

It was one morning back in the summer, I had a problem. Alarm bells! A woman called me claiming she had a child and the baby was mine. She wanted alimony and most of my assets. There was no way! She wrote to my bosses. I was summoned. They were asking questions. Threats of Law suits and DNA testing etc. What was going on in my life? What are my parents going to say? What did I do wrong? Did I take too many risks? Was it my education? I don’t understand. I feel trapped. No one loves me. I am so scared.  Oh the shame. I should have listened to my conscience.

Lack of love, lack of duty and lack of meaning...


Four years ago I was taken on by a prestigious law firm. I studied hard at Law and wanted to become a Lawyer because I felt the sense of injustice felt by others when something was sincerely wrong.  I was given the small cases to start with. I loved my job and I was given the support when needed by my colleagues and vice versa. I really spent time with my client in understanding their initial needs and getting to the truth in why this injustice came about. As so often the case through time and effort and as we dive deeper, we discover an ulterior motive behind this injustice. With the lighter cases, I always wanted them to try to solve their differences through synergistic third alternatives. As I was taught at law school that a litigious culture is unhealthy for our society as it breeds mistrust whilst everyone appears to be compromising. This is why I had so many training's in negotiations and counselling. A law suit would have to be the very last resort. I really had this passion in wanting to make a difference out there. Our fees were charged according to what my clients could afford.

I was always inspired by a book called. ‘To kill a Mockingbird.’  I had also suffered from the separation of my parents at a younger age from their mistakes and foolishness in their past professional lives. And yet I had learnt to accept it and found my own peace. I had this urge to put things right based on a higher moral compass that I lived by. I am newly married with a small growing family. Yesterday an old client called me who was so grateful for my work and offered a top position in his growing firm. I felt honoured and yet I politely declined as I was very happy where I was. At the same time life was challenging and great fun.