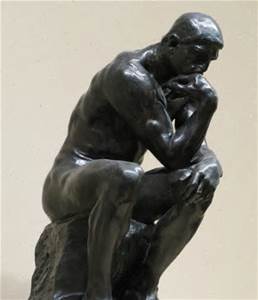 Scenario one - ‘Birds of a feather’
HCBC and Chitigroup have been given record fines reaching the billions by the EU and US financial regulatory authority and are seeking further US and UK state rescue following massive fraud committed by its highly sophisticated trading computer technology. These Governments refused their request for financial aid as following successive liberal and socialist Governments, debts are now too large with its only options left at the table is printing more money and increasing taxes. As savings, taxes on the ordinary worker’s salaries continue to suffer the brunt of corporate and political short-sightedness; many bankers have taken their own lives. The mob is out and bricks are thrown in the Bank office windows, expensive cars turned upside down and trash thrown in the private gardens of wealthy corporate executives. ‘My colleagues are so consumed by profit and politicians so taken in by corporate interests at our expense that they lost their moral compass years ago. My wife has left me and my life feels ruined.’ shouted one disgusted and burnt out sacked ex-employee. ‘Our leadership are simply cowards, careerists and opportunists living in their own bubble intent on their own self-interest. God help us all.’ as another potential lost saver commented.  There is a real danger of widespread European civil unrest what with a lack of integrated police resources to safe guard the very dangerous and tense stand-off from mass unemployment resulting from the deadly current economic situation in Europe bereft of ideas and already riddled with years of debt and infighting, besieged and on its knees by health, energy and environmental issues.

A visibly shaken and unconvincing CEO of HSCB standing shoulder to shoulder with the CEO of Chiti, surrounded by body guards as rumours of a mass merger surmount, denied human error or greed but instead blamed a technological glitch and the downturn in China and stated in front of a media scrum ‘We are able to afford these fines in these very difficult times with our new issue of Bonds. We have taken the strategic decision to continue our steadfast approach with our history of success that we have always been proud of, as we intend to return to profit as quickly as possible in the interest of our backers and shareholders’

Scenario Two - ‘How to stand out'
Hailed by far as the largest most expensive and complex energy and utility infrastructure project ever. After 8 years the longest underground water pipeline distribution network has virtually finished construction from Scotland, Norway, Finland, the Belgian Ardennes and the Alps where there is a high density of rain & water, to provide the much needed accessible drinking water for Southern Europe, the Middle East and North Africa using a sophisticated pump and simple pipe system under our road network at very limited damage to our environment. The construction is fully underway for the solar power energy in the Sub-Sahara and Middle-East in exchange for this precious resource. ‘Providing drinking water as a source to millions of people in the scourged south from the north as a way of supporting their economies, sanitation and livelihood, is what the world is really looking for in exchange for solar energy’ said the EU President.

Two major investors were involved in this project, Warren Buffet and Bill Gates and backed by a consortium of banking and energy & utility companies. These pipes are dubbed the ‘Buff gate bridge pipe’ as the idea came about whilst the world’s two richest men were playing bridge wanting to find a way to give their wealth away for peace before they die.

‘I bank with HCBC because I like the project finance they do’ said one of their customers. The HSBC CEO at the head of the long list of banks stated ‘thanks to a strong integrated Europe, we are delighted to come to an end of this project in the interest of our customers. Our customer base is increasing largely from those who are putting their faith back into our banking system as we move away from the blind attitude and shameful short termism of our past into a long term sustainable future. Our morale is high as we now see from our employee’s perspective the fruits from having a true global purpose and new meaning in what we do. We took the bold decision to create the growth instead of following the growth. There is so much more to get on with.’  said the front cover ‘Global CEO of the Year’ on Time magazine. This month’s edition is dedicated to the long list of companies involved in this project.

The EU President, whose name has been nominated together with Gates and Buffet for the Nobel Prize for peace, commended the European banks. ’This is a truly an example of Europe working together motivated by a common purpose with other countries looking to offer their support in the interest of our environment where success is due to each and all of us. We also see an increase in economic opportunities for future generations in bridging Europe in this manner. We are also providing more investment in the areas of solar in the south and hydroelectric power in the north whilst continuing our policy of ridding our world and dependence from carbon combustion and nuclear power once and for all and the horrors it has caused. Oil and nuclear are now 20th Century history as we are finally bringing Europe into a new era of creative thinking and direction including solar powered air and road travel inspiring thousands of new employment opportunities particularly in technology and manufacturing. Naturally prices will be set upon those who can afford it as our livelihoods improve but we are currently also looking at improving the challenging ways to barter with our southern neighbours and partners the newly constructed solar energy power of the Middle East and the African Sahara in exchange for our natural energy and precious resources to meet our needs.'

Almost choking his words, by holding back his tears, he concluded, 'What is extroaordinary as a result of this feet, real peace is now being forged in the Middle East and the US has announced further demilitarisation. Some of us are ok at bridge but as far as bridge games goes this one 8 years ago has to go down in history as the greatest bridge toward peace and security ever.’

Together we can achieve the impossible
Posted by George Sanne at 13:00