Prepare for the Unexpected? 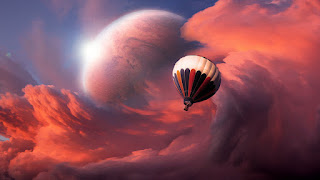 As the sun shone even more brightly through our windows, the heat in the train was rising. Another announcement,  ‘Ladies and gentlemen, would you be kind and to turn down the blinds in order to reduce the sunlight coming through the windows’

We in turn pulled our blinds down. The heat in the train was beginning to rise considerably. We had no air supply and it was perhaps 30 degrees outside. Inside, it would have to be a lot more not helped by the baking sun directing her sunlight through the blinds.  We waited for another announcement and after around 30 minutes we heard the following  ‘Ladies and gentlemen, we have just been informed that there is a Deutsche Baan train in front of us which has also broken down due to no electrical supply. We have radioed the main station in Brussels Midi our situation and are awaiting an update. We do not know yet how much time this will take. Meanwhile water will be distributed to all passengers.’

The heat in our compartments was reaching 40 degrees centigrade, if not more as there was no oxygen supply. We were unable to open any windows as that was just not possible and to the doors what with no power supply they were firmly closed. I saw people beginning to perspire quite a bit. An hour went by, and no further announcement as yet. People were beginning to look nervous and some were agitated.

Another announcement came. ‘Ladies and gentlemen, we have just heard from Brussels main station that they are sending an extra diesel locomotive to attach themselves to us, and pull us into Brussels. We are not sure how long this will take. Again, we are very sorry and we will keep you informed’

As I pondered the situation, it was easily 40 degrees and fast climbing perhaps to 50 degrees. I don’t know. How much longer can the human body take this kind of thing.  Another diesel locomotive? No doubt they would have to toe the Deutsche Baan train in front first. How long will that take? Another couple of hours!  My mind wondered off what the human body would sustain. Dying through asphyxiation. This means the body has a lack of Oxygen due to excess Carbon. Without sufficient oxygen to sustain life, people will act normally at first but will then abruptly feel dizzy and black out in a matter of seconds as the remaining oxygen in the blood stream is consumed. I pondered how this would be an interesting way to go.

As almost 120 minutes came in this situation, an announcement came. Ladies and gentlemen, the diesel engine has arrived. We will shortly be moving slowly and into Brussels. We are very sorry about this delay.’ As the diesel engine attached itself to our train, finally after two hours of being stuck we were able to move. Of course with the power still out it was easily now perhaps 50 degrees and rising. People’s clothes were drenched in sweat but amazingly they were very calm.  I myself, just sat there breathing normally and slowly without moving. I was ready and prepared to look after people if there was a need. As the train was moving at 30 to 40 km an hour, still there was no supply of oxygen. Again I wondered again how long the human body could take this. I looked around, some people were quietly fidgety. Others were making jokes on their various mobiles about how they were trapped inside an oven. Yes, asphyxiation was a form of death that could catch people by surprise especially when in fact, in retrospect we were trapped inside an oven.

Another announcement came. “Ladies and gentlemen, we will shortly be arriving into Brussels station, please be aware that due to having no electrical supply, it is possible we may incur a problem opening our doors automatically. Please be patient for a few minutes upon our arrival, if the doors do not open, we will be obliged to open them each manually.’

I was beginning to wonder if people were going to react or anything would happen. There was quite a lot of grumbling; at least they took some comfort in knowing that they would get to their destination. About 2.5 hours into our ordeal we suddenly arrived into Brussels station. The final announcement came ‘Our apologies for this delay and discomfort, we would like to inform you that you may access our website for passenger refunds for this delay etc’

As it came to a halt, naturally we had to wait a further 10 minutes before all the doors had to be opened manually. We calmly waited until finally the doors opened and we walked outside feeling utterly relieved to be breathing in the fresh air after enduring a heat that probably reached 50 even 60 degree for easily over two hours if not three.

Now, I wanted to tell you this story of what happened to me back in the summer of 2011, which may have little if not nothing to do with my business at Time MCG but intriguing nevertheless. It describes a scenario that regardless of which responsible business or company you are responsible for, be it in financial services, retail, manufacturing or transportation & logistics clearly the unexpected may occur.  There are certain contingency  or ‘back up’ plans that can be put in place made when it comes to the responsibility of employees, customers and/or clients if certain ‘predicable’ scenarios may occur when related to our business. Shock waves related to slower growth for example. Perhaps more ‘thinking’ and investment by firms in this area will be required for the future.

In this case it is seemed clear that Eurostar’s contingency plan in such a situation was totally inadequate and it almost felt that they had none. The only fix they had was ‘A refund’ and thankfully there was a diesel locomotive at hand. To have a loss of local supply of power on a track line whereby a train losing all its power, could happen at any time. There was no backup plan particularly in the heat of the summer. To be unable to open any windows and not then able to supply oxygen with another battery was unacceptable. What if there were no Diesel trains, or suddenly a loss of supply of diesel to run those locomotives? How were we supposed to open windows or doors if we had to? What if we were further away from Brussels and more time was needed?  A refund? Is that it? I would rather our money re-invested on a clear guideline if such a situation occurred again as this one was not acceptable. The company put their passengers in an incredibly high risk and dangerous situation that Monday 4th July. I was amazed by the patience and calmness of all the passengers and that incredibly no one was harmed.

Incidentally, some days after that incident I was looking for my ticket and I couldn’t find it. I thought how silly of me, I must have thrown it away. In case any of you are asking I did not make this story up !
Posted by George Sanne at 17:03